Despite some progress, marginalized Roma community still most excluded in Western Balkans

Brussels, 9 April 2018 – More marginalized Roma girls and boys are attending compulsory education in the Western Balkans than ever before. However, when compared to their non-Roma neighbours, Roma people face twice as high unemployment, and are less likely to see a doctor when needed or go to bed on a full stomach. That is, according to a new survey supported by the European Commission, and implemented by UNDP and the World Bank.

The Regional Roma Survey is the first major collection of data on marginalized Roma in Albania, Bosnia and Herzegovina, the former Yugoslavia Republic of Macedonia, Montenegro, Serbia and Kosovo*, since 2011.

“This survey fills a major data gap and the upcoming reports based on this evidence will be valuable tools that can be used to inform policies that address the challenges Roma people currently face in the Western Balkan Countries,” said Linda Van Gelder, World Bank Country Director for the Western Balkans.

DG NEAR Director General, C. Danielsson declared that "the results of this survey will give the Commission a solid basis for assessing the progress made on Roma integration during the enlargement process".

“At an early age, many Roma are now attending school. But by the time they are old enough to join the workforce, many are already excluded. With only 12 years left to complete Agenda 2030, it’s time to double efforts to leave no one behind,” said Rastislav Vrbensky, Deputy Director of UNDP’s Regional Bureau for Europe and the CIS.

The survey indicates that school completion rates among the Roma are still lagging behind the rest of the population, with Roma girls falling behind everyone. High unemployment rates combined with a large share of youth not enrolled in school contribute to the disadvantage of young marginalized Roma.

The shares of youth (ages 18-24) not in employment, education or training is quite high, ranging from 73 in Serbia to 86 percent in Bosnia and Herzegovina. Among young women, it varies between 81 in the former Yugoslav Republic of Macedonia and 93 percent in Montenegro.

The study details other areas where significant improvements have been made since 2011 or are still needed. For example, in most countries Roma are now more likely to have access to waste collection, ranging from 75 percent in Serbia to 94 percent in former Yugoslav Republic of Macedonia and Albania. Roma are also less likely to live in overcrowded households, although significant gaps remain relative to their non-Roma neighbours. A high share of the Roma population lives in areas with no piped water inside the dwelling, ranging from 10 percent in former Yugoslav Republic of Macedonia to more than half of the population in Albania.

In addition, the number of Roma that now have personal documents, like birth certificates and national IDs, have increased in most countries. A smaller share of Roma report unmet need for medical care.  However, a falling share of the Roma population report being in good or very good health (with the proportion in Serbia being only 52 percent), and with more than a third living in households where at least one person will go to bed hungry.

Because Roma face such a variety of disadvantages, new approaches are required to address all aspects simultaneously. A more concerted effort is needed to tackle discriminatory attitudes that continue to act as barriers towards Roma inclusion.

This study will form the basis for two reports and policy recommendations which will be published in June. Currently available are the country fact sheets and separate Roma returnees to the Western Balkans micronarratives report.

*For the United Nations: All references to Kosovo shall be understood in the context of UN Security Council Resolution 1244 (1999).
For the European Union: This designation is without prejudice to positions on status, and is in line with UNSCR 1244/1999 and the ICJ Opinion on the Kosovo declaration of independence. 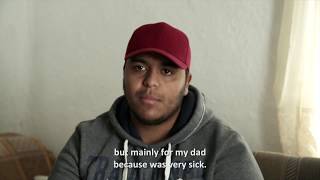 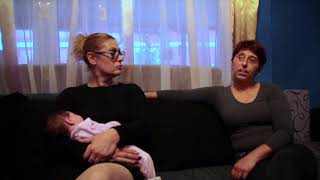 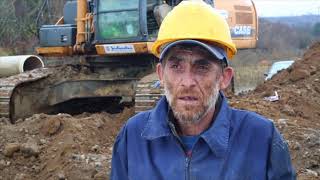